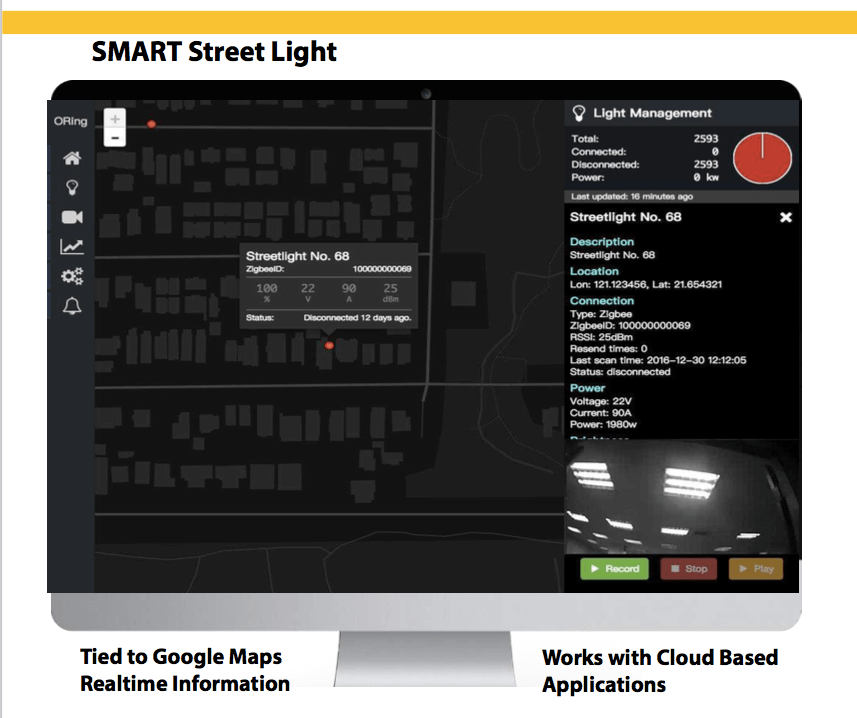 In 2010 Colorado Springs, Colorado turned off many its street lights to save money. Turning off 1/3 of the city’s 24,512 street lights saved 1.3 million dollars in electricity costs.

Cities want to save money, but not cut services to its citizens. One U.S city has turned to DYMEC for a solution to its growing light budget.

Using low cost DYMEC LCP Modules the city is in the process of achieving three goals for its citizens.

As one city council woman noted:
“A small investment now, returns continuing $$ every year and allows the city to deploy even more unique services going forward. We want our lights to stay on”

DYMEC has the solution. Using the KY-LCP series controllers, the city was able to install and connect all of its street lights assets. There was no rip and replace of street lights. City crews just replaced the sensors on its cobra head lights, throughout the city. One LCP Master controls 100 Slave units in the wireless network that controls all of the city’s lighting assets. The LCP series is low cost and is Plug & Play. (30 Seconds to replace a sensor – after you are up at the light). Non-sensored lights use the KY-LCB Series for adaptation to the wireless city control network. The DYMEC Solution covers all lighting types.

With the deployment of the lighting control network – the city realized that they had a need for more bandwidth, throughout the city, and to remote sub-division housing in the outer areas. The city asked DYMEC to build a small Layer 3, 10 GbE in the 3170 Traffic Switch format. Using the same fiber currently under the streets, we will deliver 10 times more bandwidth. DYMEC plans to deliver the new KY3170Tx and the new KY-3100Tx Layer 3 routers. Small form factor, designed to operate in the traffic cabinet, with Dual 10 GbE SFP fiber slots and an additional 2 x 1 GbE SFP Slots & 6 x 10/100/1000Base(T)X RJ-45 Ports.