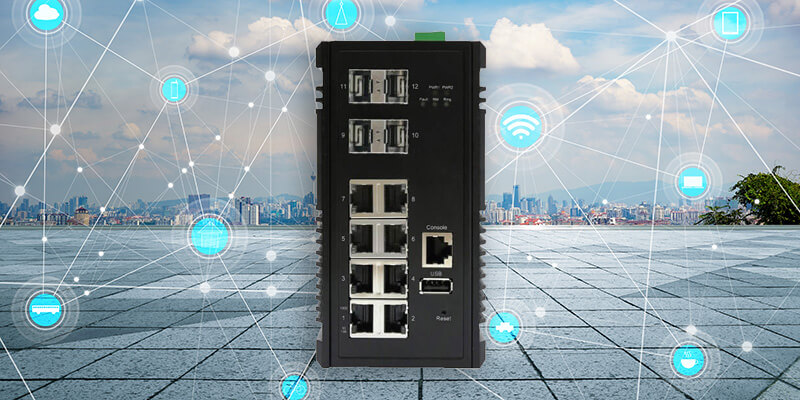 The Difference Between Industrial and Enterprise Ethernet

Industrial Ethernet requires specialty knowledge and practices, unlike Ethernet for home and office. If you are installing or operating an industrial Ethernet network, here are your need-to-know essentials about cabling, signal quality, ground loops, switches, and traffic.

Question – Does your switch manufacturer offer a 5 Year Warranty?

Question – Does your switch manufacturer offer a Secure Chassis?

If you are installing or operating an industrial Ethernet network, here are some essentials you need to know about cabling, signal quality, ground loops, switches, and traffic.

As in all networks, your industrial Ethernet network is only as good as its cabling. Unlike an office or home environment, industrial applications are often electrically noisy places. In addition to high electromagnetic interference (EMI), these environments are subject as a class to temperature ranges, dust, humidity, and a host of other factors not normally found in a home or office.

Compared to Category 5 and 5e cables, Category 6 cable is generally less susceptible to cross talk and external EMI noise. Cable manufacturers make industrial Ethernet cable that is also less susceptible to physical deterioration in the harsher industrial environments. When installing Category 6 cable, make sure that the RJ45 ends and jacks are also rated for Category 6, or you will be defeating the purpose of your Category 6 cable. For the best results, wherever possible use premade patch cables for short runs, with factory installed connectors. For long runs you will need to install jacks. Use the best cable possible if your network supports video. (Cat 5E or better)

To shield or not to shield, that is the question. The answer is sometimes yes, but if you do, you better do it properly. Improperly installed shielded cable can create more problems than it solves.

Shielded Ethernet cable may perform better in high EMI environments if run outside of conduit. The key to the use of a shielded cable is in proper grounding (aka Bonding) . One ground reference is essential. Multiple ground connections can cause what is referred to as ground loops, where the difference in voltage potential at the ground connections can induce noise on the cable.

A ground loop can wreak havoc on your network. To get this right, use a grounded RJ45 connector on only one end of the cable. On the other end use a nonconductive RJ45 connector to eliminate the possibility of ground loops.

If your Ethernet cable must cross power lines, always have it do so at right angles. Separate parallel Ethernet and power cables by at least 8 to 12 in., with more distance for higher voltages and longer parallel runs. If the Ethernet cable is in a metal pathway or conduit, each section of the pathway or conduit must be bonded to the adjacent section such that it has electrical continuity along its entire path. Engineer your pathways to avoid EMI problems.

Route Ethernet cables away from equipment that generates EMI. This includes things like motors, motor control equipment, lighting, and power conductors. Within panels, separate Ethernet cables from conductors by at least 2 in. When routing away from EMI sources within a panel, follow the recommended bend radius for the cable you are installing.

Every device on your network has a unique identifier, referred to as a media access control (MAC) address. (See device label) This is the key to the much more discriminating behavior of a switch compared to a hub. When a switch first powers up, it initially behaves like a hub broadcasting all traffic everywhere. As devices pass information between ports on a switch, it watches this traffic and figures out which MAC address is associated with which port. It places this information in a MAC address table. This is the mechanism the switch uses to figure out the MAC address of a device connected to a particular port; it will watch for information intended for that MAC address and transmit such information only to the port associated with that address located within the data packet.

Once a switch has built its MAC address table, managed and unmanaged switches treat unicast and broadcast traffic identically. Generally, you should keep broadcast traffic under 100 broadcasts per second, at a bandwidth of 100 Mb. Broadcasting is an integral part of any network. Examples of items that may initiate broadcasts are devices like print servers, announcing themselves periodically to the network. It is important to control broadcasts in any network.

Note: When purchasing a Manage switch – buy only vendor switches that display the MAC table. It makes troubleshooting problems much easier.

One of the primary differences between managed and unmanaged switches is how they treat multicast traffic. Multicast traffic typically comes from smart devices on plant floor process networks, in a connection-oriented producer-/consumer-based technology. In this context a connection is simply a relationship between two or more nodes across a network.

A switch will, by default, flood multicast traffic to all the ports in a broadcast domain (or the VLAN equivalent). Multicast can cause unnecessary load on host devices by requiring them to process packets they have not solicited. When purposefully exploited, this can form the basis of a denial-of-service attack. IGMP snooping is designed to prevent hosts on a local network from receiving traffic for a multicast group they have not explicitly joined. It provides switches with a mechanism to prune multicast traffic from links that do not contain a multicast listener (an IGMP client).

Essentially, IGMP snooping is a layer 2 optimization for the layer 3 IGMP. IGMP snooping takes place internally on switches and is not a protocol feature.

IGMP snooping allows a switch to only forward multicast traffic to the links that have solicited them. Snooping is therefore especially useful for bandwidth-intensive IP multicast applications such as IPTV.

EtherNet/IP (an Ethernet industrial protocol managed by ODVA) is an application layer communication protocol that uses this technology. This protocol, used by many automation vendors, is based on ODVA’s Common Industrial Protocol (CIP). Industrial products you might find in a multicast group include flowmeters, variable-speed drives, and scales. Each of these items produces process data and consumes configuration data.

A device needs to be a member of a multicast group to receive group data. All members of the group receive data. You do not need to be a member of a group to send data to the group. The main problem with multicast traffic in a producer/consumer model is that traffic grows exponentially with the number of hosts. This is where the managed switch comes in.

If your network has multicast traffic, a managed switch is an absolute must, and worth the extra price you will pay for it.

There are other reasons to consider a managed switch. This class of switches usually provides error logs, control of individual port speeds, duplex settings, and the ability to mirror ports. These extra capabilities allow more precise control of network behavior and can be an invaluable aide in troubleshooting issues that will certainly occur on the network at some point.

Speaking of troubleshooting, when network performance issues occur, the first suspect often is the switch. While physical failures can and do happen with any piece of equipment, the switch rarely is the core of most network performance problems. Switches tend to be the lowest latency points in a system, typically operating 10 to 50 times faster than all other network components.

As a general practice for networks of more than a few nodes, go with a managed switch. You will have better network control, security, and management.

Once the network is assembled, you will need a way to maintain and monitor it. It is so easy to create unintended cross-connections that expose a plant floor process network to unintended broadcast traffic, sometimes just a matter of connecting port “A” on switch 1 to port “B” on switch 2. While Joe from finance may be quite happy that he can directly transfer production data from the control system into his spreadsheet, doing so may allow Sheila’s new application in accounting to broadcast traffic that is slowing your plant floor graphic terminals to a crawl.

There are a couple of types of software that you can use to help manage things when eventual trouble occurs. To take a low-level look at a port, DYMEC recommends Wireshark. It is a popular and free open source packet analyzer that runs on most common platforms. There are a host of other similar products, open source and commercial, with various features sets and benefits commonly available for packet analysis. As a class, they provide packet level data captures giving visibility into the nature of the traffic on a network node.

Sometimes a broad view of your network is required. Hosts of network traffic monitoring products are available from places such as HP Network Management (formerly known as HP OpenView), SolarWinds (recommended by DYMEC), Network Vision, and many more suppliers. Each gives an excellent view of network traffic overall. With products of this sort, it is possible to quickly see which devices might be generating excessive traffic or broadcast storms, which are requesting large files, which nodes might be having connection problems, or which are becoming sluggish in response. They also help identify and document all the devices on a network.

An industrial network can be a wonderful thing. If done correctly, it can facilitate the flow of information between the plant floor and the sales floor. It is part of your core infrastructure backbone that makes so many of your organization’s efficiency and information technology (IT) initiatives possible. Following the essentials outlined here will position an industrial network for peak performance for years to come.

WHAT TO LOOK FOR IN AN INDUSTRIAL ETHERNET SWITCH? 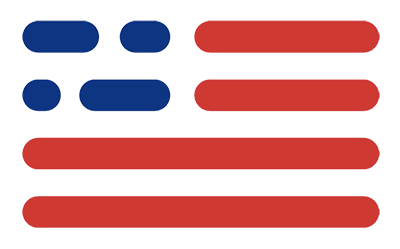